sales@sanjackgroup.com
Send Inquiry
How to improve the sealing performance of the coiled tubing sealing suspension device and the efficiency and safety of its dedicated operating window？

Coiled tubing is a pipe made of low carbon alloy steel with good flexibility, also known as coiled tubing. A coil of coiled tubing is several kilometers long. It can replace conventional tubing for many operations. The coiled tubing operation equipment has the characteristics of pressure operation and continuous lifting and lowering. The equipment is small in size, fast in operation cycle and low in cost. Coiled tubing originated from the Allied “PLUTO” during World War II in the 1940s.

The plan is for the Allies to lay a submarine oil pipeline between the United Kingdom and France that passes through the English Channel and has a total length of nearly 49,000 meters. This oil pipeline is composed of 23 pipelines, of which the continuous steel pipe with inner diameter of 76.2mm and butt welding is used.

In 1962, California Oil Company and Bowen Oil Tools Company jointly developed the first portable coiled tubing workover device. It is for sand flushing operations for oil and gas wells in the Gulf of Mexico. After the 30th anniversary of the birth of coiled tubing, its value was truly recognized by people. By the 1990s, coiled tubing technology had developed by leaps and bounds. The coiled tubing operating device has been known as the “universal operating machine” and is widely used in oil and gas field workover, drilling, completion, logging and other operations, and runs through the entire process of oil and gas production. 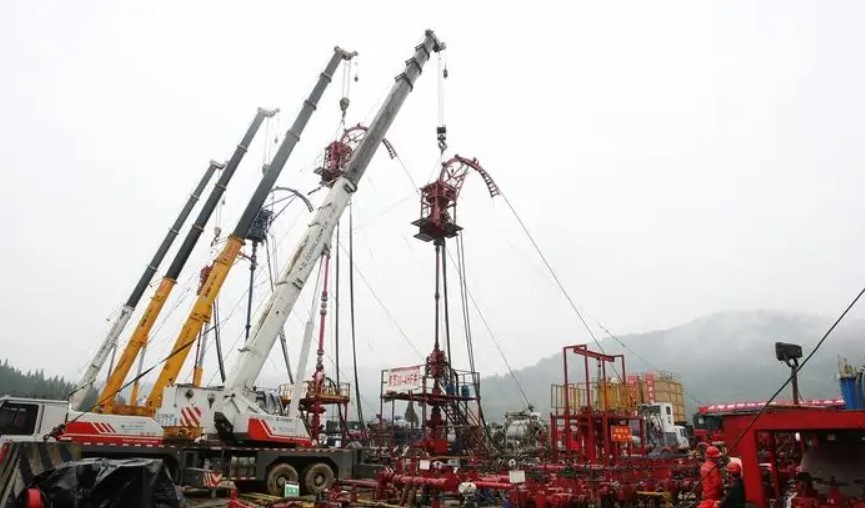 The operation is more complex. Among the two existing operating windows, the threaded manual operating window has the disadvantages of low switching window efficiency and high labor intensity, while for the double hydraulic cylinder operating window, two hydraulic cylinders has no pressure feedback function resulting in unbalanced liquid supply. When the cylinder needs to be reversed, it needs staff to climb manually, and the oil supply interface of the manual pump is changed, which is inconvenient to operate and has potential safety hazards. 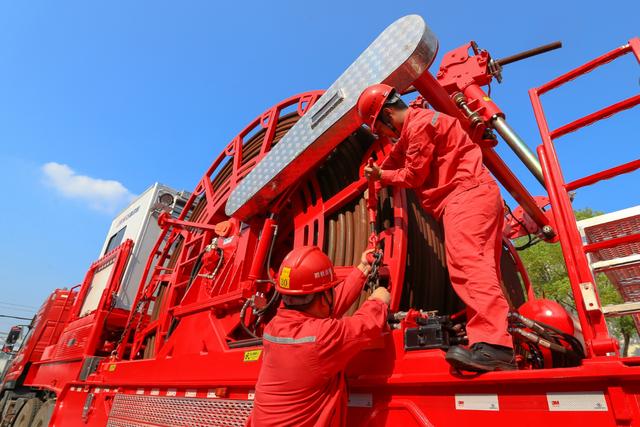 For this reason, Sanjack Company has developed a coiled tubing seal suspension device with fewer leaks, convenient seal replacement, and reliable sealing, and a special operation window for installation of sealed suspension device with two lifting hydraulic cylinders that can be automatically balanced, and the oil intake direction of the lifting hydraulic cylinder that can be operated on the ground for coiled tubing.

Working principle: The integrated tubing head structure is adopted for the coiled tubing sealing suspension device housing, which reduces leakage points, and reduces the height of the device, and is easy to operate; due to the synchronization valve set in the hydraulic control pipeline, the two lifting hydraulic cylinders can realize synchronous movement; The portble pump outlet is equipped with a three-position four-way reversing manual valve, which can adjust the oil supply direction of the hydraulic cylinder on the ground, which greatly reduces the labor intensity of the workers who switch the operating window and improves the switching efficiency.

The new design of Shengji Company solves the shortcomings of the current coiled tubing sealing suspension device with many leaks, the increased height of the sealing suspension device after installation, low switch efficiency for the installation of special operation window, and the problem of the lifting hydraulic cylinder not synchronized, and the high labor intensity.