How to reduce size and improve efficiency of hydraulic power tong on workover rigs?

How to reduce the size and improve the efficiency of hydraulic tong on workover rigs?

During drilling and workover operation in the oilfield, making up and down of tubing string is a key part in the drilling and downhole operation. At present, making up and down of tubing string in the field mainly relies on the manual push-pull operation on the traditional suspended type workover hydraulic power tong, which has many problems such as high labor intensity, high risk and poor operating environment. 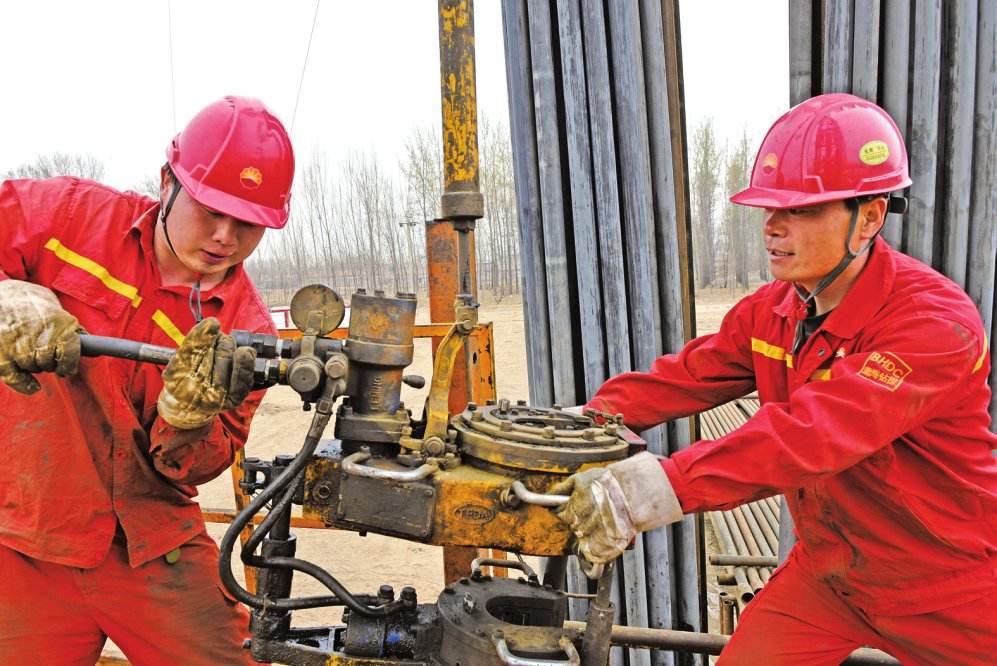 In order to solve low degree of automation when making up and down operation of tubing string. Recent years, iron roughneck technology with high degree of automation has tried to apply. But due to the differences between workover and drilling. Lots of issues of iron roughneck technology exposed in the process of workover operations during workover, such as large size, heavy weight, low efficiency to make it hard to perform industrial popularization and application. 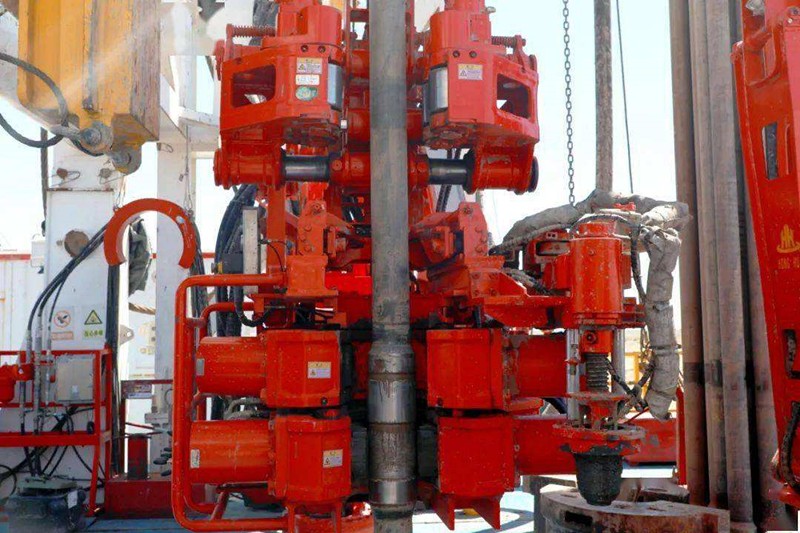 In the existing workover operations, manually operated open-type hydraulic tongs and switching elevators are used. Since the operation tongs weigh hundreds of kilograms and are suspended on the workover frame, they need to be manually pushed or removed from the wellhead, and the elevators and lifting rings also need to be Frequent switching leads to very high labor intensity. In a word, using the existing work pliers for work has low work efficiency, high labor intensity of workers and poor safety. 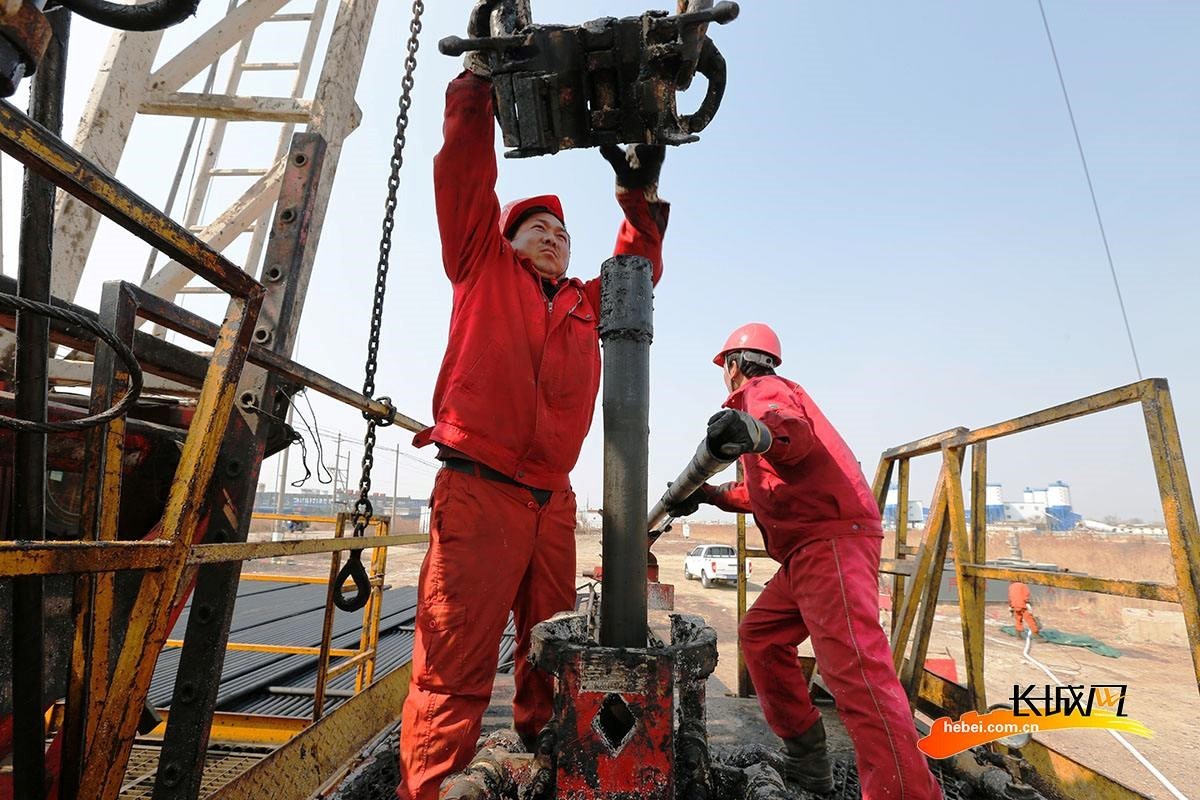 Objective disadvantages of existed technology are as follows:

tightening torque change during marking up and down between drill rod and tubing are different. Also different spinner and button punching structure cause the iron roughneck only meet requirements of marking up and down of drill pipe, but for tubing, its efficiency is extremely low. Due to complex structure and large volume, it occupies too large space to meet the production requirements.

Sanjack developed a new designed of hydraulic power tong, which can replace the trial experiment of iron drill man technology in workover operation. It occupies less space of drilling platform, and realizes efficient automatic of marking up and down on both tubing and drill pipe. The invention discloses an automatic hydraulic power tong head, which belongs to the field of oil drilling and workover machinery. During oil drilling, workover wellhead setting, and shattering, the existing practice is that workers operate the liquid and gas tongs at close range, and manually assist to align the position of the tong head and the joint of the drilling tool, and the rotating components are exposed, which is prone to safety accidents. This way of working is labor-intensive and has a high-risk factor. 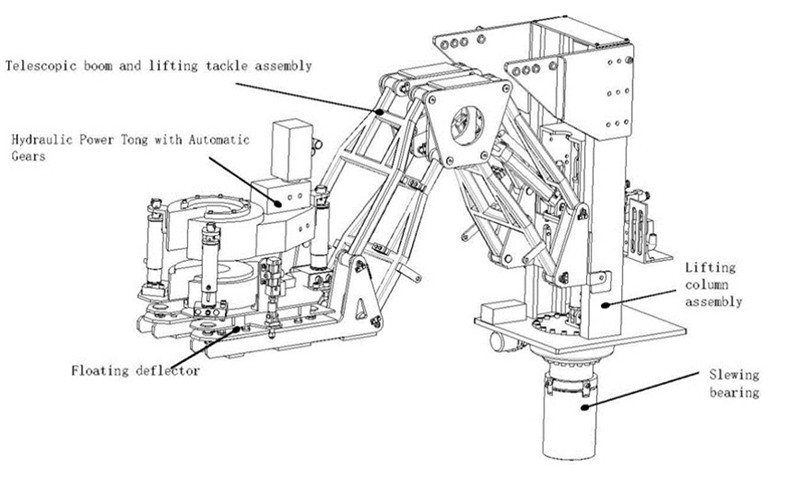 It works as following.

As mentioned above, the external of the hydraulic power tong connected and fixed on the drill floor in advance. By its holder at the bottom of the column within a fixed socket in the outer tube, which can quickly install the hydraulic power tong to the rig platform. Compared to the iron roughneck of making up and down, structure and design are improved. Also space of drilling platform that hydraulic tong take up is less.

Beneficial effects of the present invention: