The blowout preventer is used to close the wellhead during oil testing, workover, completion and other operations to prevent blowout accidents. It integrates the two functions of full sealing and semi-sealing, and has the characteristics of simple structure, easy operation and high pressure resistance, is a safety sealing wellhead device commonly used in oil fields to prevent blowouts. 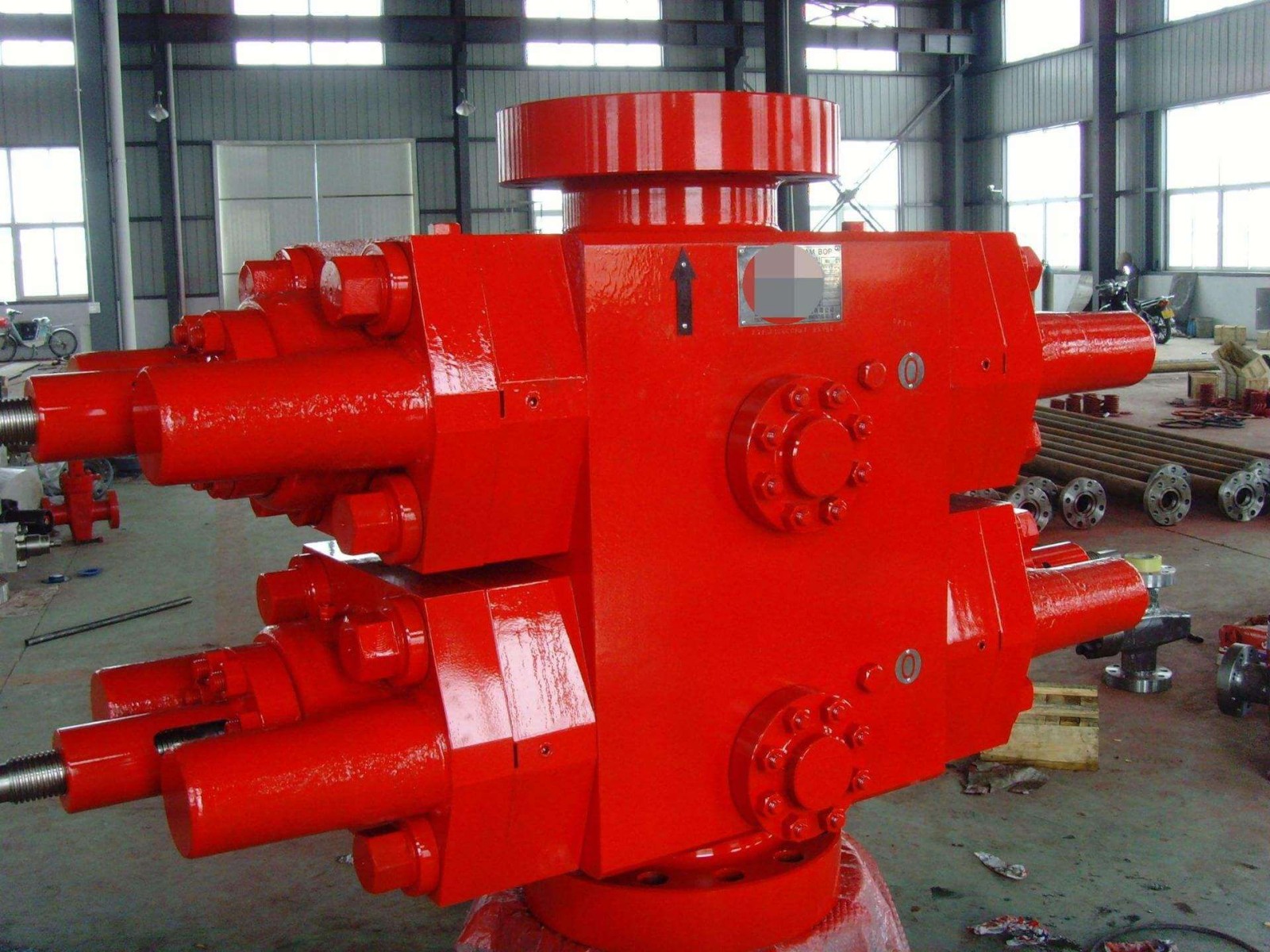 When drilling oil, it is installed on the wellhead casing head and used to control the blowout device of high pressure oil, gas and water. When the oil and gas pressure in the well is very high, the blowout preventer can seal the wellhead (close it to death). When the heavy mud is pressed into the drill pipe, there is a four-way under the ram, which can replace the mud that has been invaded by the gas, and increase the pressure of the liquid column in the well to suppress the high-pressure oil and gas ejection.

Annular Blow-out Preventer is usually equipped with a large gate of ram-type BOP, which forms a sealed annular space between the pipe string and the wellbore during operation. In the case of a pipe string in the well, it can also be used separately for the well closure, but it is not enough to use it for a few times, and long-term well closure is not allowed. 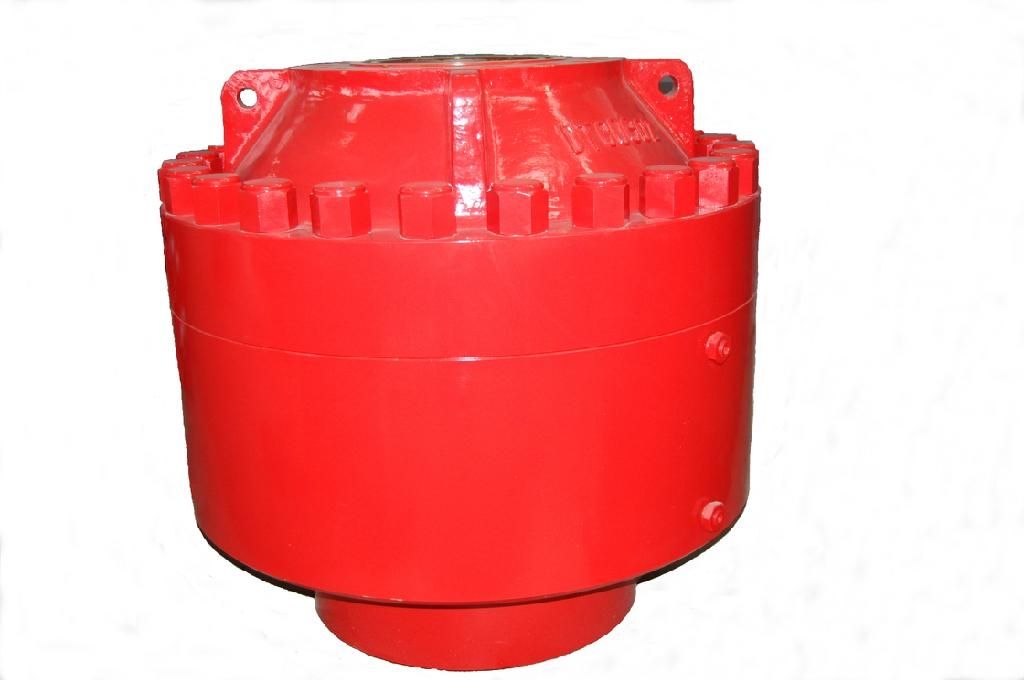 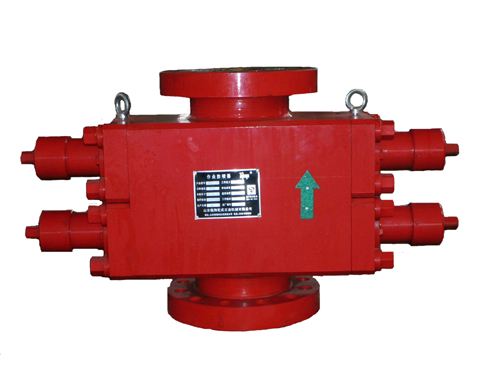 There are two main types of hydraulic BOPs: ram BOP and annular BOP. Ram BOP is mainly composed of shell, side door, oil cylinder, cylinder head, piston, piston rod, locking shaft, seal, ram and so on. Its working process is to use hydraulic pressure to push the piston to drive the ram to close or open, so as to close or open the wellhead to achieve the purpose of closing and opening the well.

The ram of the ram blowout preventer can be divided into four kinds of rams: full sealing, semi-sealing, variable diameter and shearing, which are used to realize the well-sealing under different conditions and, semi-sealing rams could seal the drill pipe and tubing etc. accordingly, and when necessary, it could hang the drill tools. When there is no pipe in the well, the fully-sealing ram can completely seal the wellhead. In special cases, the shearing ram can cut off the drilling tool. In addition, the flange outlet on the side of the shell can perform drilling fluid circulation and choke and kill operations.

The type of annular BOP can be divided into conical annular BOP and spherical annular BOP according to the shape of its sealing rubber core. Its structure is mainly composed of four parts: shell, top cover, rubber core and piston. When there are drilling tools, tubing or casing in the well, the annular BOP can use a rubber core to seal various annular spaces of different sizes. When there is not drilling tool, it could seal fully the well. During the operation of the well such as drilling, running core, and logging etc., the annular space formed by the kelly, coring tools, cables and steel wires and the wellbore can also be closed. Under the condition of using a pressure reducing and pressure regulating valve, the drilling tool can be forcibly tripped up and down through the drill pipe. 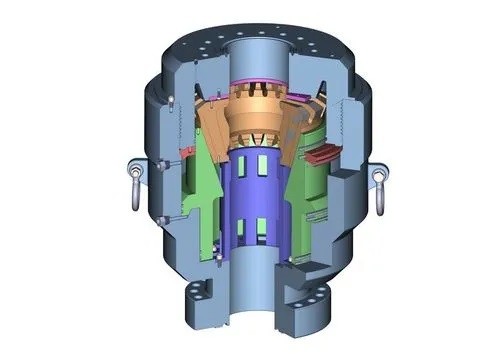 The two types of annular blowout preventers have similar working principles. When a well kick is found and the well needs to be closed, the high-pressure oil from the control system enters the closing chamber at the bottom of the piston from the lower oil port to push the piston upward, and the spherical rubber core moves along the spherical surface. When moving upward, the conical rubber core moves closer to the center under the restriction of the top cover and the extrusion of the inner cone surface of the piston, compressing and embracing the drilling tool, so as to realize the sealing of the drilling tool or the fully sealed wellhead. When the well is opened, the piston goes down, and the rubber core moves downward, and under the action of its own elastic force, the wellhead will be opened by reset.

With the development of oil drilling technology, there are more and more deep wells and ultra-deep wells, and the proportion of oil wells with composite pipe strings has increased significantly. The requirements for blowouts in workover are also higher. The house and side door of the currently used ram blowout preventer are connected by 8-10 bolts. It is difficult to disassemble and install the bolts on site; and the sealing of the house and the side door adopts end face sealing, while the side door is heavy, and it is difficult to replace the ram and it is time-consuming and laborious, which increased the time and labor intensity of auxiliary production, and reduced the work efficiency of workover operations.

Therefore, Sanjack Company has developed a quick-change ram blowout preventer for workover operations that is convenient, fast, time-saving, and labor-saving to replace the ram on site.。 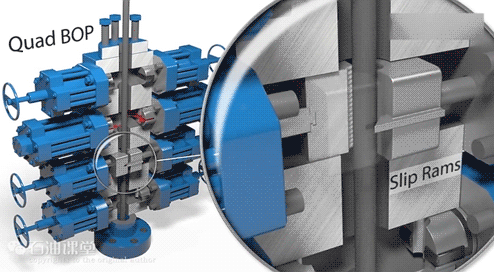 Because the side door and the house adopt the T-shaped connection method, it saves the time for disassembly and assembly of bolts. It is convenient and quick to replace the ram on site, which improves the work efficiency of workover operations, gains time to prevent blowouts, and reduces blowout accidents.